You are at: Planned Giving > Gift Options > Who Gives?

SAMUEL CHERRY: A Legacy of Education 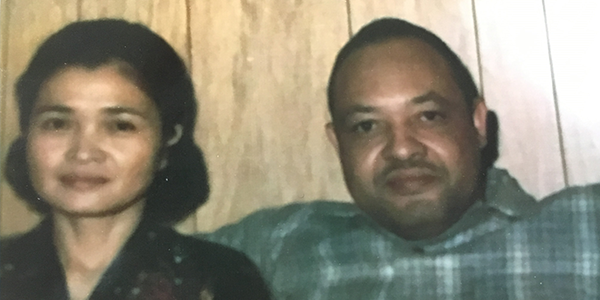 As a young man growing up in Anniston, AL, Samuel Cherry set himself three goals in life: to serve his country, see the world and learn a trade. He would achieve all three-and one more: he would help more than 100 students at UNCF-member HBCUs study for a college education.

It was a different world in which Cherry grew up in the 1930s and 1940s. Alabama schools, restaurants, housing and almost all other businesses and government agencies were segregated. HBCUs were almost the only college options for African Americans. There was another difference: A high school graduate with a good work ethic could earn enough to support a family.

But Samuel Cherry was not to be deterred. To serve his country, he joined the U.S. Air Force. There, he achieved another goal: he was trained as an electrician. As an Air Force enlisted man and noncommissioned officer, he achieved his third goal: serving in Japan, Korea and Vietnam as well as other countries. And, while on assignment in Japan, he met and married his wife.

After Cherry retired from the Air Force as a technical sergeant, he and his wife settled in Seattle, where he worked as an electrician for the city. He was an avid reader and especially enjoyed reading about financial and international affairs while listening to jazz. And he would talk to anyone who would listen about the benefits of an education. In fact, Cherry's niece recalls that her uncle talked to her about the importance of education and about his intention to leave a bequest to UNCF to help others get a college education, because the world had changed from the one he had grown up in. Now, the best and fastest-growing jobs and career paths, the ones that paid enough to support families and communities, required at least a college degree.

So, Samuel Cherry provided in his will a bequest to UNCF of more than a half-million dollars to be awarded as scholarships that would help young people-young people like Samuel Cherry had been when he left Alabama-get the college degrees that they needed and that the 21st century country needed them to have.